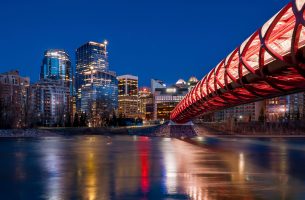 Calgary, a cosmopolitan Alberta city with numerous skyscrapers, owes its rapid growth to its status as the centre of Canada’s oil industry. However, it’s still steeped in the western culture that earned it the nickname “Cowtown,” evident in the Calgary Stampede, its massive July rodeo and festival that grew out of the farming exhibitions once […] 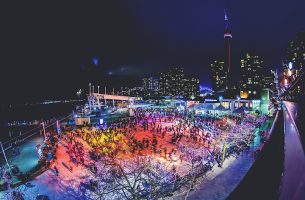 Toronto is the capital of the Canadian province of Ontario. It is located within the Golden Horseshoe in Southern Ontario on the northern shore of Lake Ontario. With 2,731,571 residents in 2016, it is the largest city in Canada and fourth-largest city in North America by population. Also in 2016, the Toronto census metropolitan area (CMA), the majority of which is within the Greater Toronto Area (GTA), had a population of 5,928,040, making it Canada’s most populous CMA. A global […] 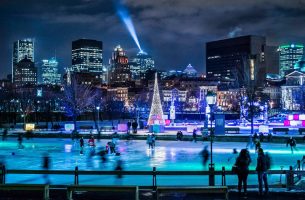 Montreal  is the most populous municipality in the province of Quebec and the second-most populous in Canada. Originally called Ville-Marie, or “City of Mary”,[15] it is named after Mount Royal,[16] the triple-peaked hill in the heart of the city. The city is centred on the Island of Montreal, which took its name from the same source as the city,[17][18] and a few much smaller peripheral islands, the largest of which is Île […]

Ottawa is the capital city of Canada. It stands on the south bank of the Ottawa River in the eastern portion of southern Ontario. Ottawa borders Gatineau, Quebec; the two form the core of the Ottawa–Gatineau census metropolitan area (CMA) and the National Capital Region (NCR).[10] As of 2016, Ottawa had a city population of 934,243 and a metropolitan population of 1,323,783 making it the fourth-largest city and the fifth-largest CMA in Canada. Founded in […] 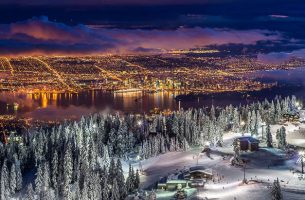 Vancouver is a coastal seaport city in Canada, located in the Lower Mainland region of British Columbia. As the most populous city in the province, the 2016 census recorded 631,486 people in the city, up from 603,502 in 2011. The Greater Vancouver area had a population of 2,463,431 in 2016, making it the third-largest metropolitan area in Canada. Vancouver has the highest population density in Canada with […]